BRONX, N.Y., Aug. 31, 2018 – Players from 28 nations spanning the globe, all vying for a spot in the US Open Junior Tournament, converge at the Cary Leeds Center for Tennis & Learning. Thirty-two of the strongest boys and girls in each draw will play for one of eight spots into the main draw tournament. The final eight matches are scheduled to begin at 10 am on Saturday, September 1. All match times for the tournament can be found at https://www.usopen.org/en_US/scores/schedule/index.html.
Assemblyman Michael Blake, NYJTL President & CEO George Guimaraes, and USTA Junior Tournament Director Lew Brewer gathered to welcome the first-round competitors on the new Victor Kiam Stadium Court. Young, rising American player Katrina Scott, scheduled to play the opening match on that stadium, hit the first “official” ball fed by Assemblyman Blake to symbolize the kick off of the tournament.
“The Cary Leeds Center is a state-of-the-art facility,” said US Open Junior Tournament Director Lew Brewer. “It is more than capable of hosting world-class events and makes for a great host for the US Open Junior Qualifying Tournament.”
The event attracts elite college coaches from all over the county scouting for talent to fill their next year’s rosters.
“It’s incredible being here,” said Steve Denton, 1982 US Open Doubles Champion and head coach of Texas A&M, “I knew Cary Leeds from his Yale days and stayed with the Leeds family in 1976 while I was playing a collegiate tournament.”
The move from the park courts outside of the National Tennis Center to its new home in the Bronx is receiving strong praise from the players and USTA staff.
NYJTL Board Member Carlos Cuevas, a long time Bronx resident and former NYC City Clerk, remembers “a time when no one would walk in this park, and it warms my heart to see the Bronx prosper and grow to such extraordinary heights”.
“I want to thank the NYJTL and the USTA for introducing the great sport of tennis to a brand new audience in my district, while providing Bronx residents a unique opportunity to witness world-class tennis from the future generation of tennis champions firsthand,” said State Senator Gustavo Rivera.
In addition, the Cary Leeds Center is hosting the “Little Mo” North Regionals, simultaneously utilizing all 22 courts in Crotona Park. The “Little Mo” brings in over 130 young competitors who will someday aspire to be compete a few courts over.
“Pairing these events serves as inspiration for our kids to dream big and set goals for the future,” said MCB Foundation Tournament Operations Manager, Matt Cody.
About New York Junior Tennis & Learning
The mission of New York Junior Tennis & Learning is to develop the character of young people through tennis and education for a lifetime of success on and off the court.  Since 1971, NYJTL has changed lives through tennis, education, healthy living, and character development programs.  Today, it is the largest youth tennis and education non-profit in the nation, reaching 85,000 K-12 New York City youth. NYJTL celebrates the diversity of the children who participate in every program, providing three million hours of year-round tennis and education programming serving youth from all five New York City boroughs.  All NYJTL Community Tennis and Afterschool programs are offered at no cost to participants.
The USTA is the national governing body for the sport of tennis in the U.S. and the leader in promoting and developing the growth of tennis at every level – from local communities to the highest level of the professional game. A not-for-profit organization with more than 655,000 members, it invests 100% of its proceeds in growing the game. It owns and operates the US Open, one of the highest-attended annual sporting events in the world, and launched the US Open Series, linking seven summer WTA and ATP World Tour tournaments to the US Open. In addition, it owns approximately 90 Pro Circuit events throughout the U.S. and selects the teams for the Davis Cup, Fed Cup, Olympic and Paralympic Games. The USTA’s philanthropic entity, the USTA Foundation, provides grants and scholarships in addition to supporting tennis and education programs nationwide to benefit under-resourced youth through the National Junior Tennis & Learning (NJTL) network. For more information about the USTA, go to USTA.com or follow the official accounts on Facebook, Instagram, Twitter and Snapchat.
For more information, contact:
Pat Mitsch, USTA Communications, (914) 656-9021; Mitsch@usta.com
Joe Ceriello, NYJTL Marketing & Communications, (917) 693-6672;
jceriello@nyjtl.org 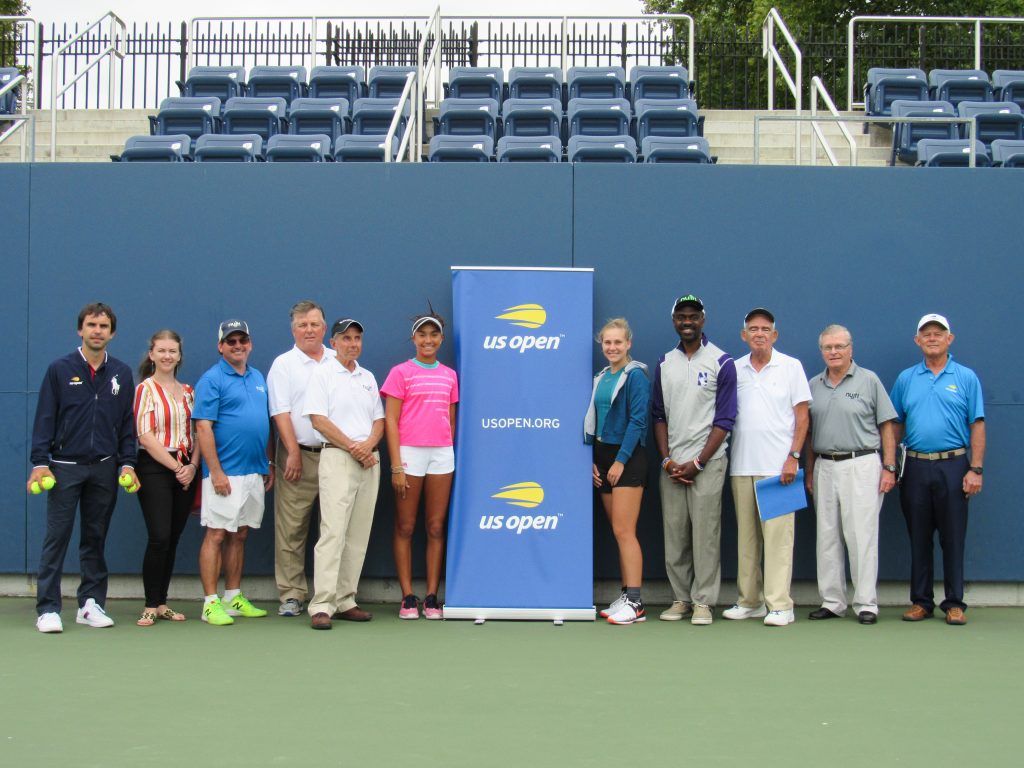 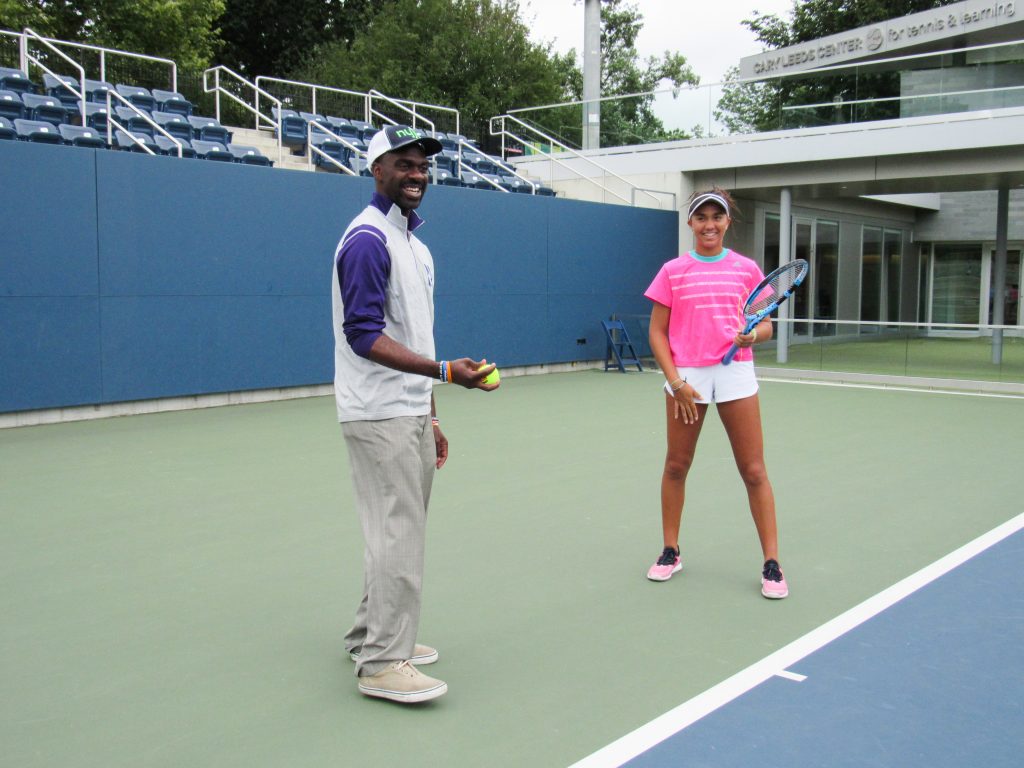 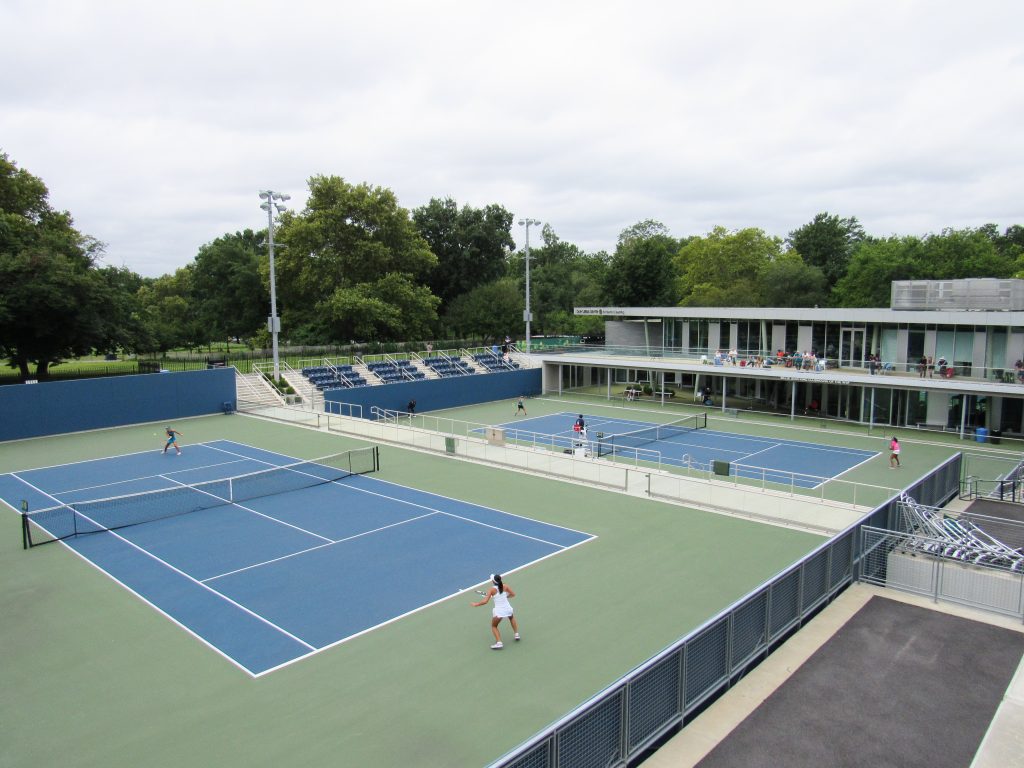 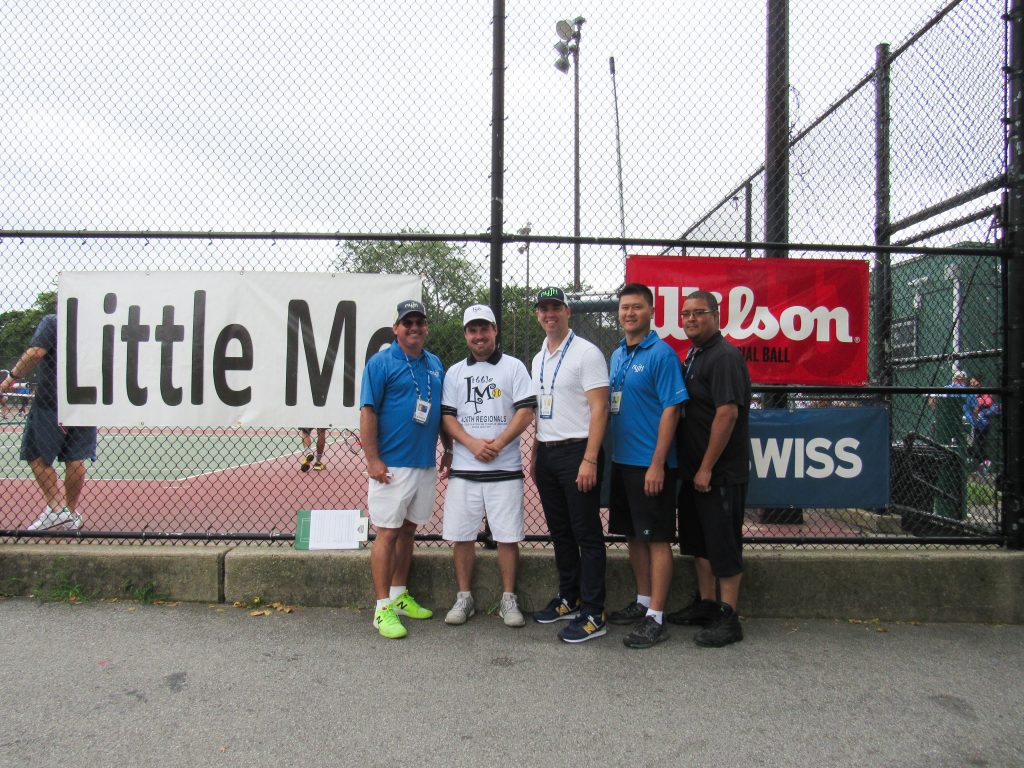 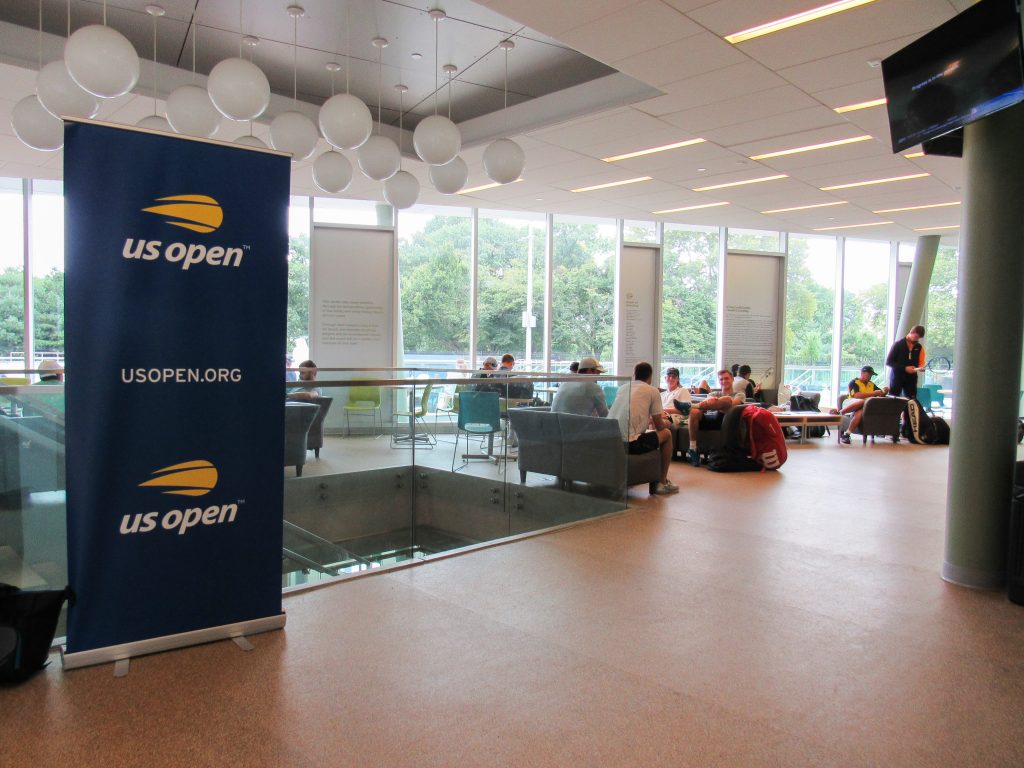 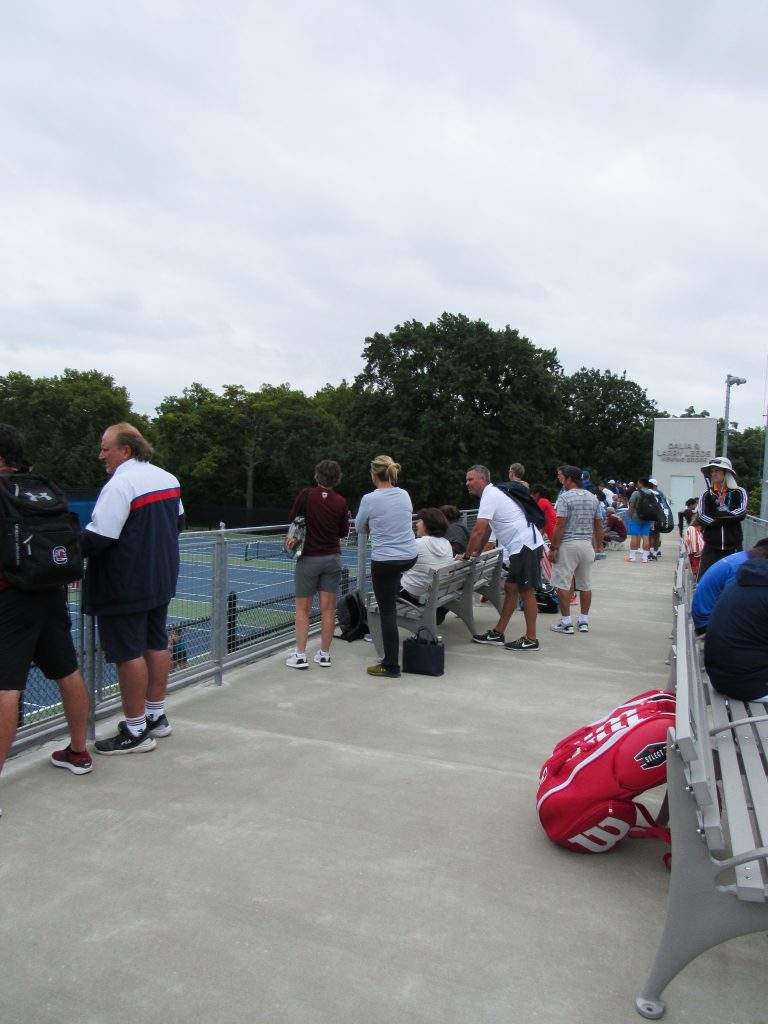 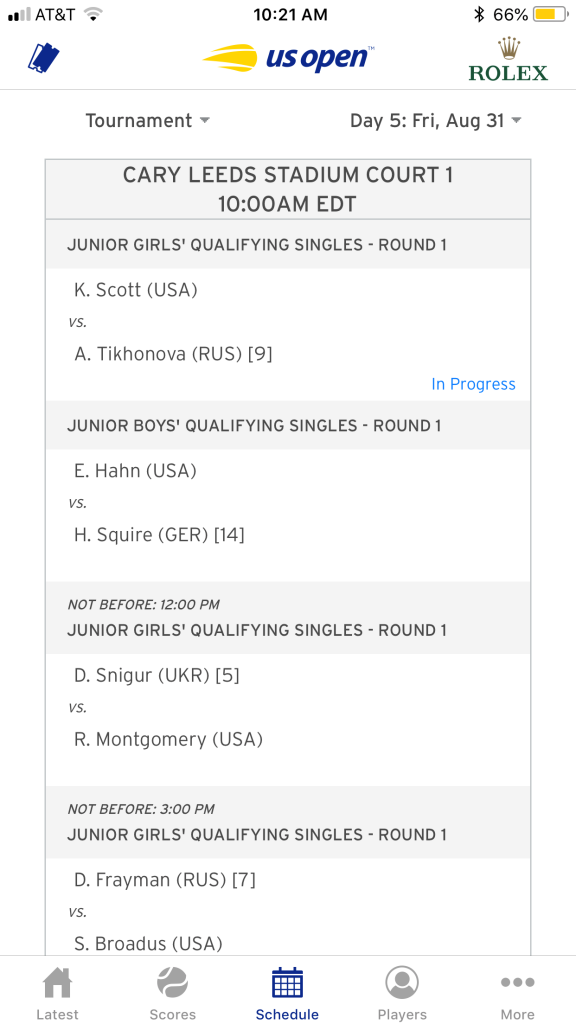