According to the CDC, school-aged children and adolescents should be active for 60 minutes or more each day, which is why even though school was out, the ACES Afterschool Program was in session.  The ACES Presidents’ Cup Tournament gave the kids the opportunity to express themselves through cheer routines, show off their athleticism through fitness challenges, battle it out to see which school had the best basketball players, and hit serves on the court to see who was the fastest!  The Presidents’ Cup Tournament was held at various locations in NYC with a total of 350 elementary and middle school students participating.

The elementary school tournament had four different competitions which consisted of the tennis championship, the fitness challenge, the fast server competition and the best cheer contest. The tennis tournament was played in a four team round robin format and the tennis matches consisted of boys singles, girls singles, boys doubles, girls doubles and mixed doubles. The fitness challenge consisted of four different categories; push-ups, sit-ups, jumping rope, and a team relay race. The fast server competition has been an integral part of the competition as two players from each team are chosen by their coach to see who will hit the fastest serve.  The final and most entertaining challenge of the tournament is the cheer competition where the students form a team with their respective schools and create a cheer piece best representing themselves.

A total of eight ACES middle schools participated in the tennis tournament played in a round robin format and the tennis game matches consisted of boys singles, girls singles, boys doubles, girls doubles and mixed doubles. The scoring format was the first to score five points to win the match.  A total of 80 students competed against each other representing their respective schools with MS 378 coming out victorious.

A total of nine ACES middle schools, with 138 students, participated in the basketball tournament with MS 316 winning against the eight other schools. 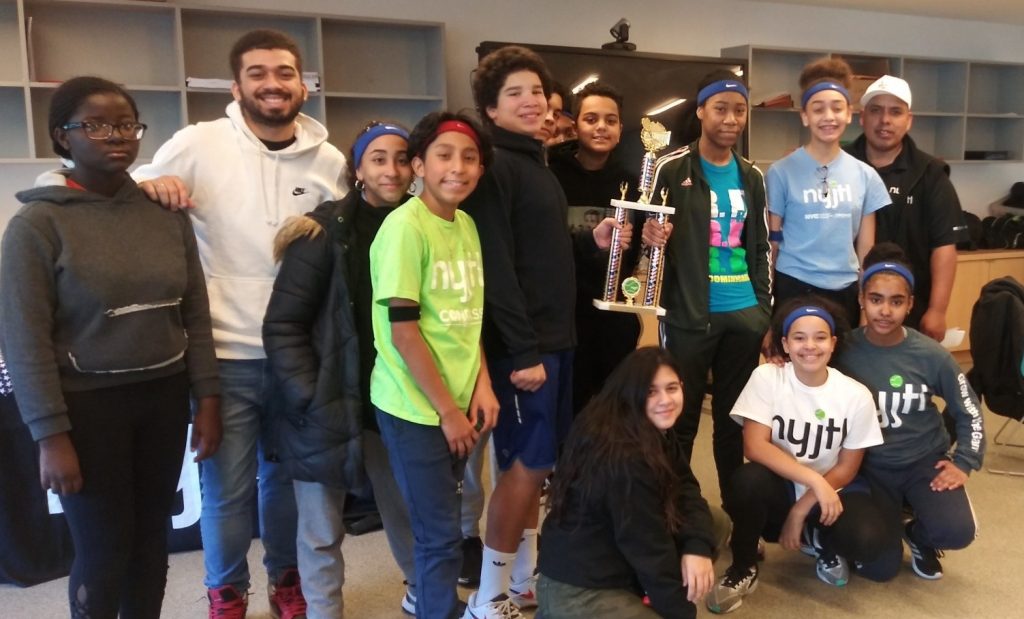 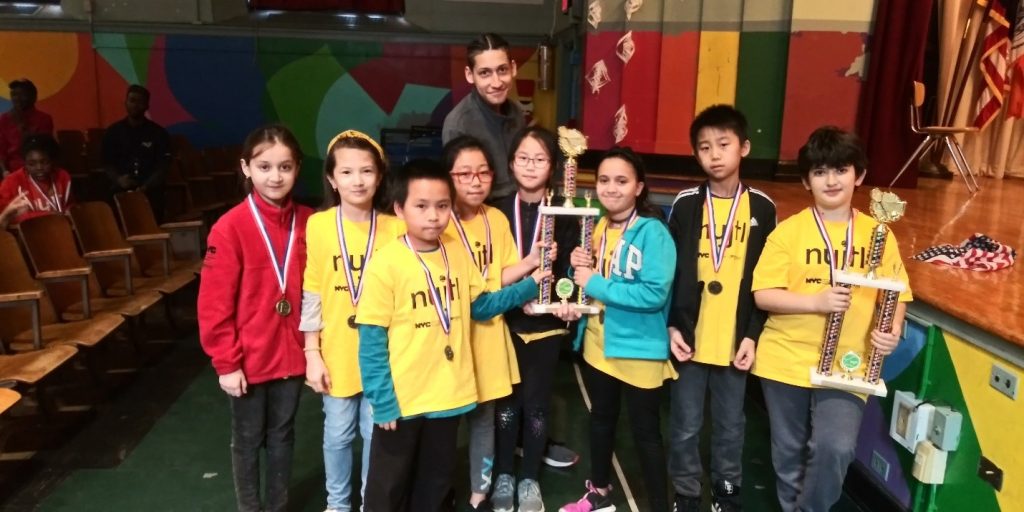 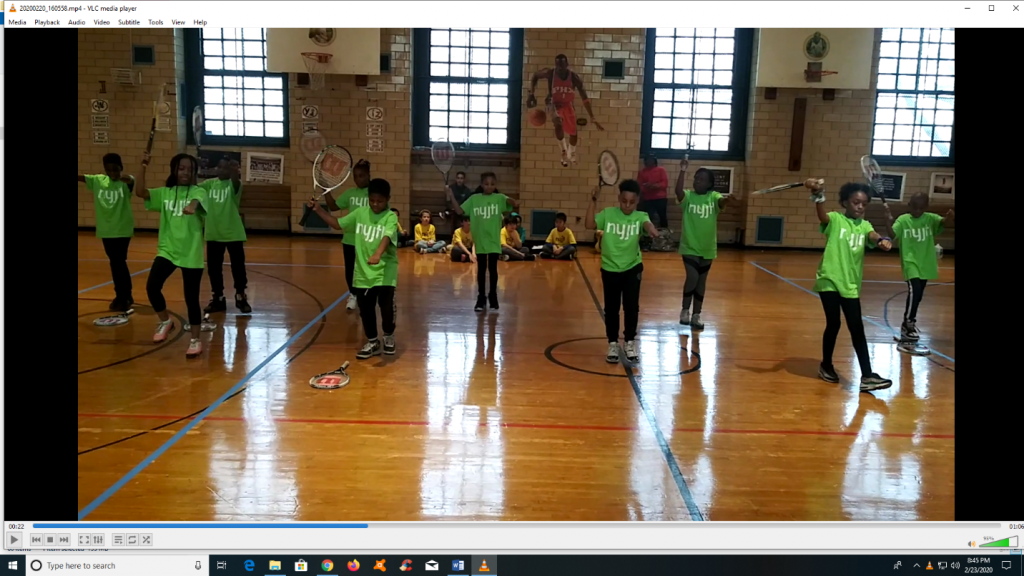 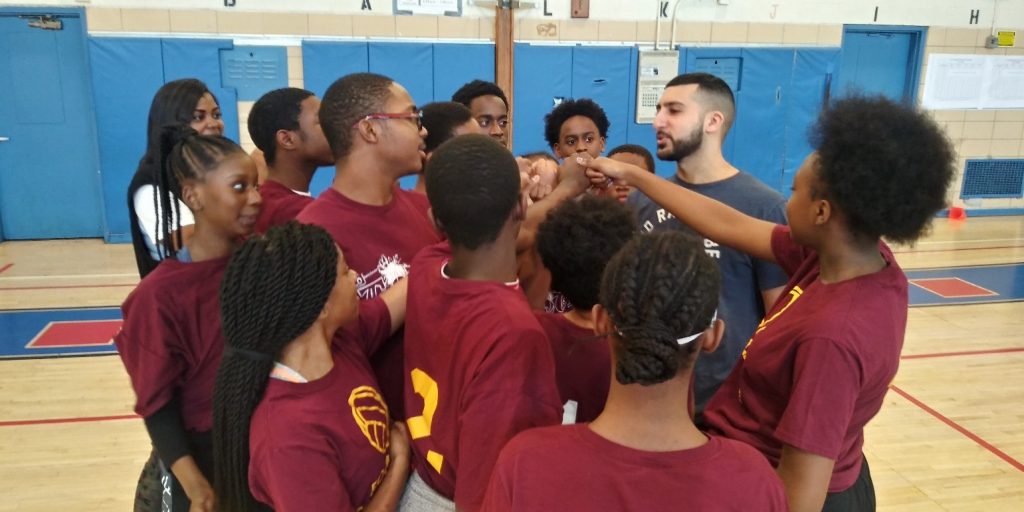 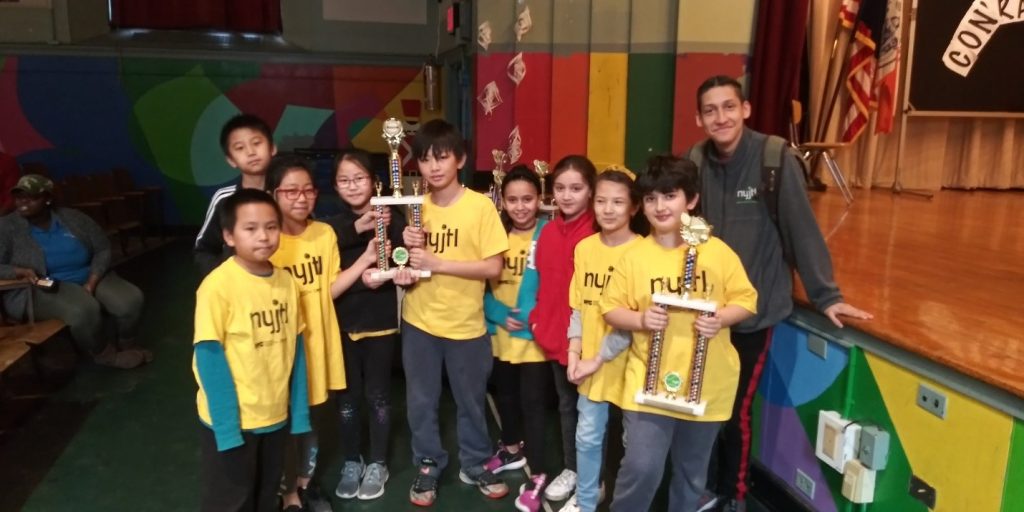 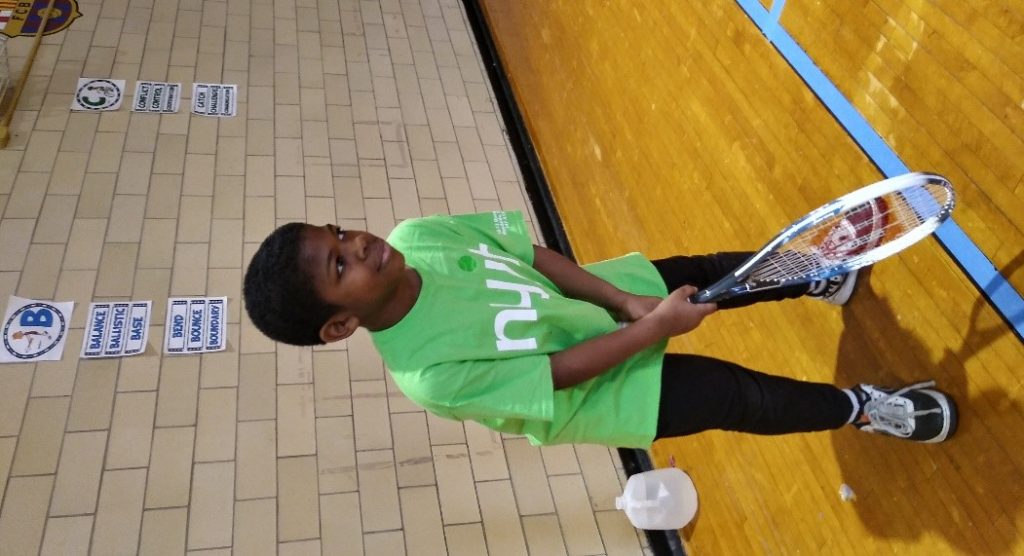 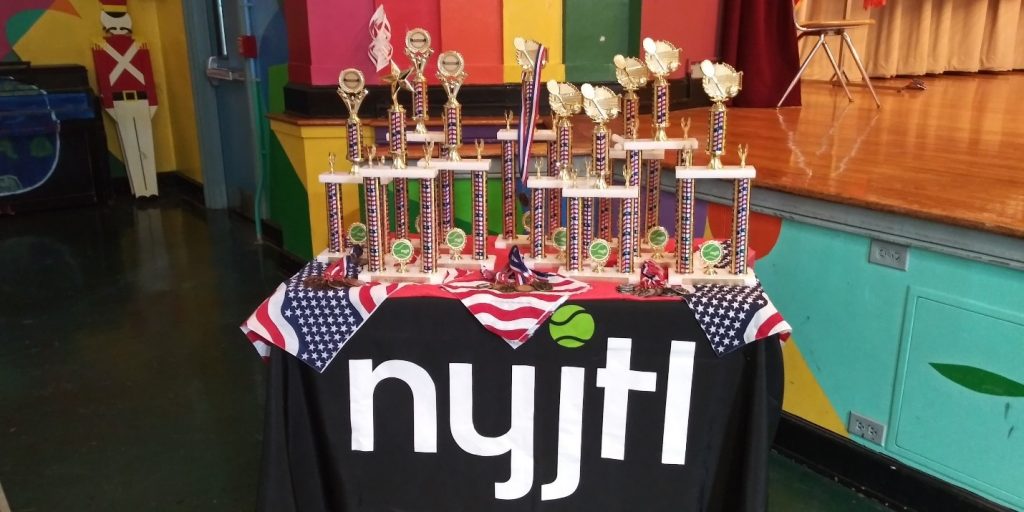 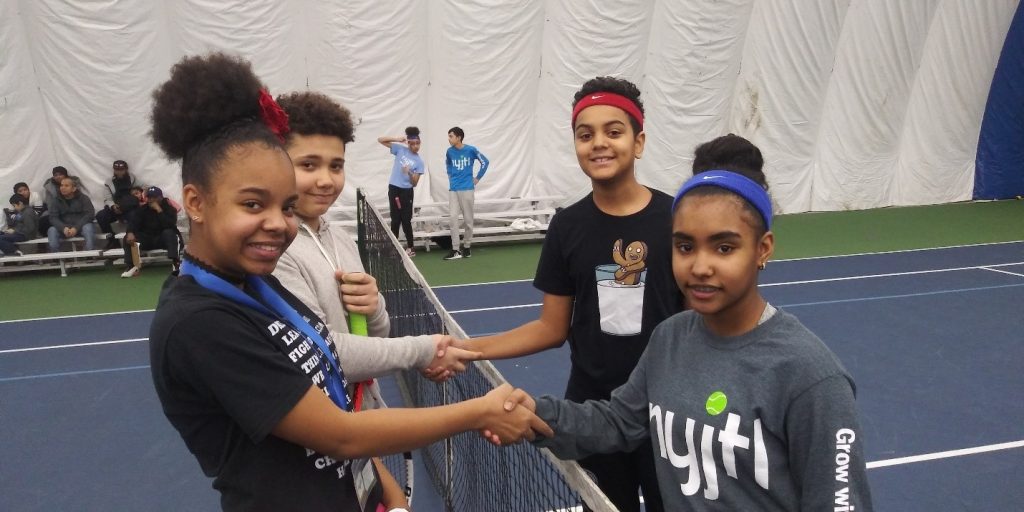 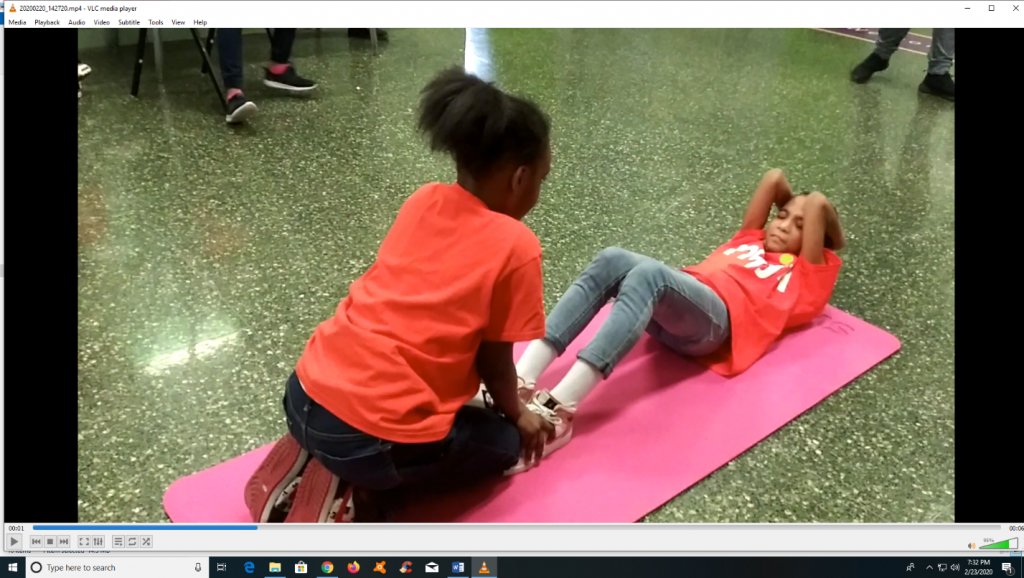