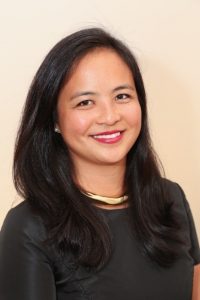 New York Junior Tennis & Learning is pleased to announce that Angie A. Calderwood has been named the Executive Director of Development, effective November 1, 2017.

Prior to joining the NYJTL team, Ms. Calderwood was most recently the Director of Individual Giving at the Morgan Library & Museum, responsible for raising over $3 million in membership and general operating funds. She has also held various fundraising positions at other prominent New York City institutions such as the Metropolitan Opera, Central Park Conservancy, and the Museum of Modern Art.

“I am thrilled to be a part of the team at NYJTL. My love of the sport and our great city made the mission of developing the character of young people through tennis and education resonate strongly, and I am passionate about enabling NYJTL to expand its impact on the lives of children in all five boroughs,” said Calderwood.

A graduate of Williams College, Ms. Calderwood is a native of Savannah, GA and resides in Manhattan with her husband and two dogs.

The mission of New York Junior Tennis & Learning is to develop the character of young people through tennis and education for a lifetime of success on and off the court.  Since 1971, NYJTL has changed lives through tennis, education, healthy living, and character development programs.  Today, it is the largest youth tennis and education non-profit in the nation, reaching 75,000 K-12 New York City youth.

In June 2015, the $26.5 million Cary Leeds Center for Tennis & Learning opened its doors as the flagship home of NYJTL in the heart of the South Bronx.  In April 2017, the Center completed its final phase of construction and opened the Pershing Square Stadium, the Victor Kiam Stadium, and the Dalia and Larry Leeds Viewing Bridge.  The Cary Leeds Center provides more than 6,000 hours of free tennis court time annually to the community’s underserved youth.

NYJTL celebrates the diversity of the children who participate in every program, providing 3,000,000 hours of year-round programming that serves youth from all five boroughs.  All NYJTL community tennis and afterschool programs are offered at no cost to its participants.